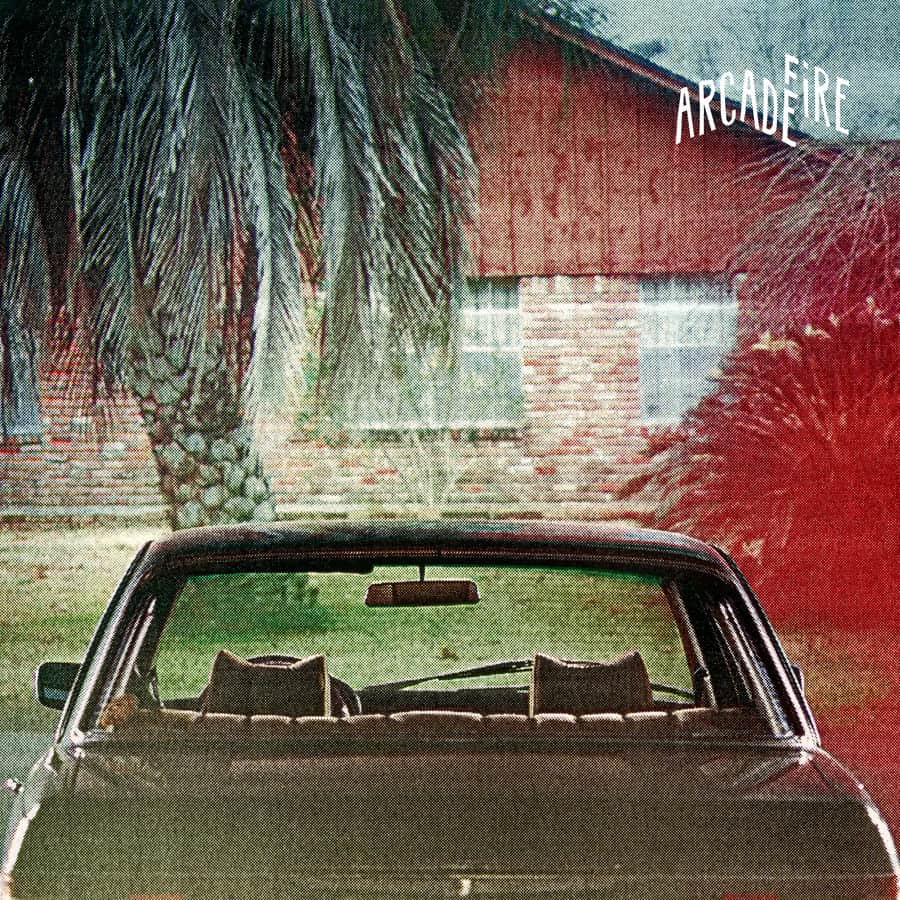 The Suburbs
by Arcade Fire

Released on 2 August 2010, The Suburbs is the third studio album by Canadian indie rock band Arcade Fire. The album debuted at No. 1 on the UK Albums Chart, US Billboard 200, the Irish Albums Chart, and the Canadian Albums Chart, whilst it won Album of the Year at the 2011 Grammy Awards, Best International Album at the 2011 BRIT Awards, Album of the Year at the 2011 Juno Awards, and the 2011 Polaris Music Prize for best Canadian album. Two weeks after winning Grammy’s Album of the Year, the album jumped from No. 52 to No. 12 on the Billboard 200, the album’s highest ranking since its initial release in August 2010.
The album’s lyrical content is inspired by band members Win and William Butler’s upbringing in The Woodlands, Texas, a suburb of Houston. According to Win Butler, the album “is neither a love letter to, nor an indictment of, the suburbs – it’s a letter from the suburbs”. Win Butler describes the overall sound of The Suburbs as “a mix of Depeche Mode and Neil Young”, stating that he wanted the album to sound like “the bands that I heard when I was very young, and wondered what those crazy noises were”.