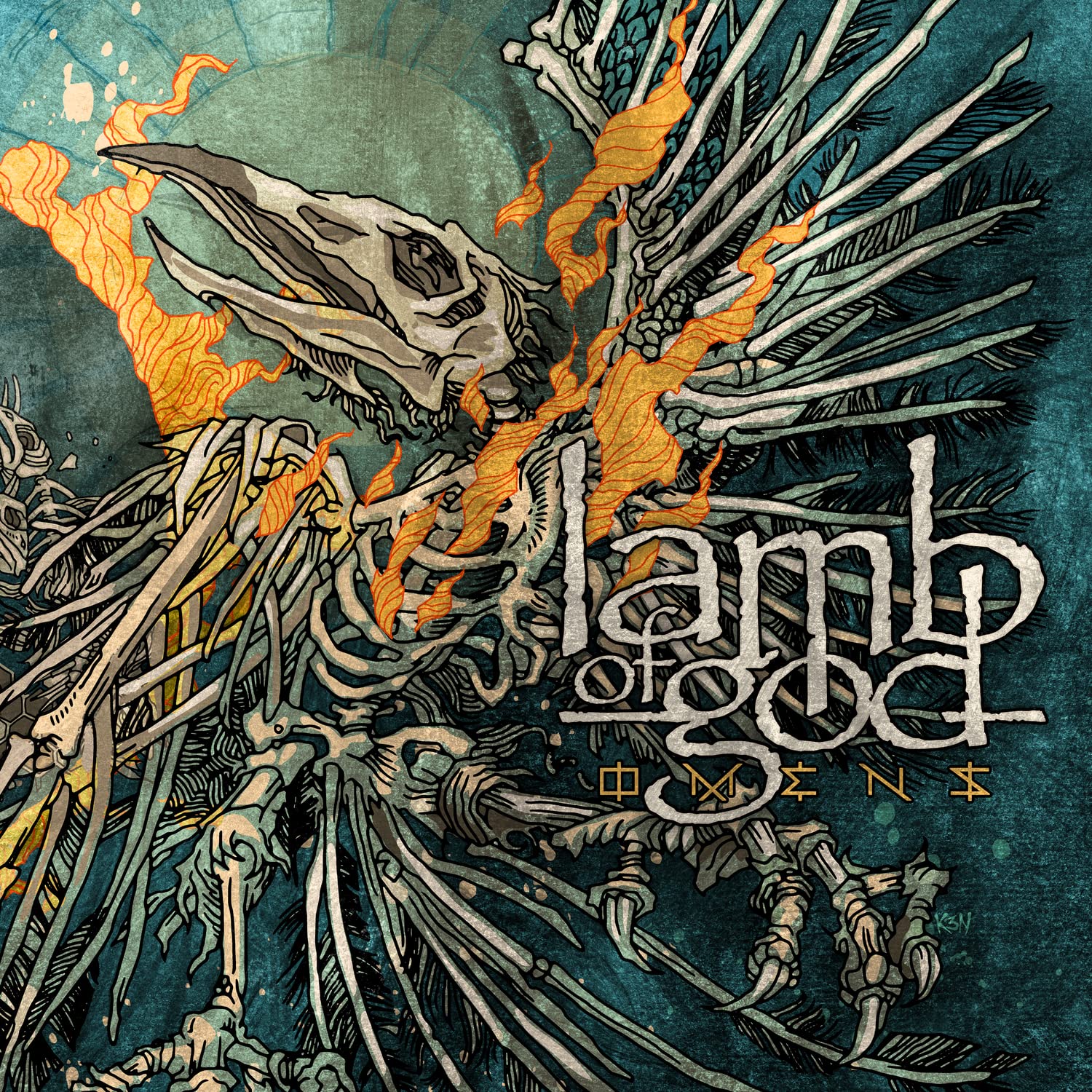 Omens
by Lamb Of God

Across their career Lamb Of God grew from basement shows and grimy DIY venues to headline arenas. The New Wave of American Heavy Metal architects earned a reverence akin to musical forefathers (and road companions) Metallica, Slayer, and Megadeth.

Even as D. Randall Blythe (vocals), Mark Morton (lead guitar), Willie Adler (guitar), John Campbell (bass), and Art Cruz (drums) enjoy one another’s company and chemistry like never before, Omens is possibly the angriest Lamb Of God album yet. Densely muscular, soaked in unnerving spite, with a pessimistic eye toward inner struggles and global affairs alike, Omens is a furious entry in the catalog.

Most of the album was recorded live in the studio, including Blythe’s vibrantly unhinged vocal attack. Morton and Adler’s riffs threaten, challenge, and devastate. Cruz and Campbell’s unstoppable rhythms lurch and beckon. Having shined on 2020’s Lamb Of God, Cruz injects even more nuance and personality into his playing across Omens’ songs.