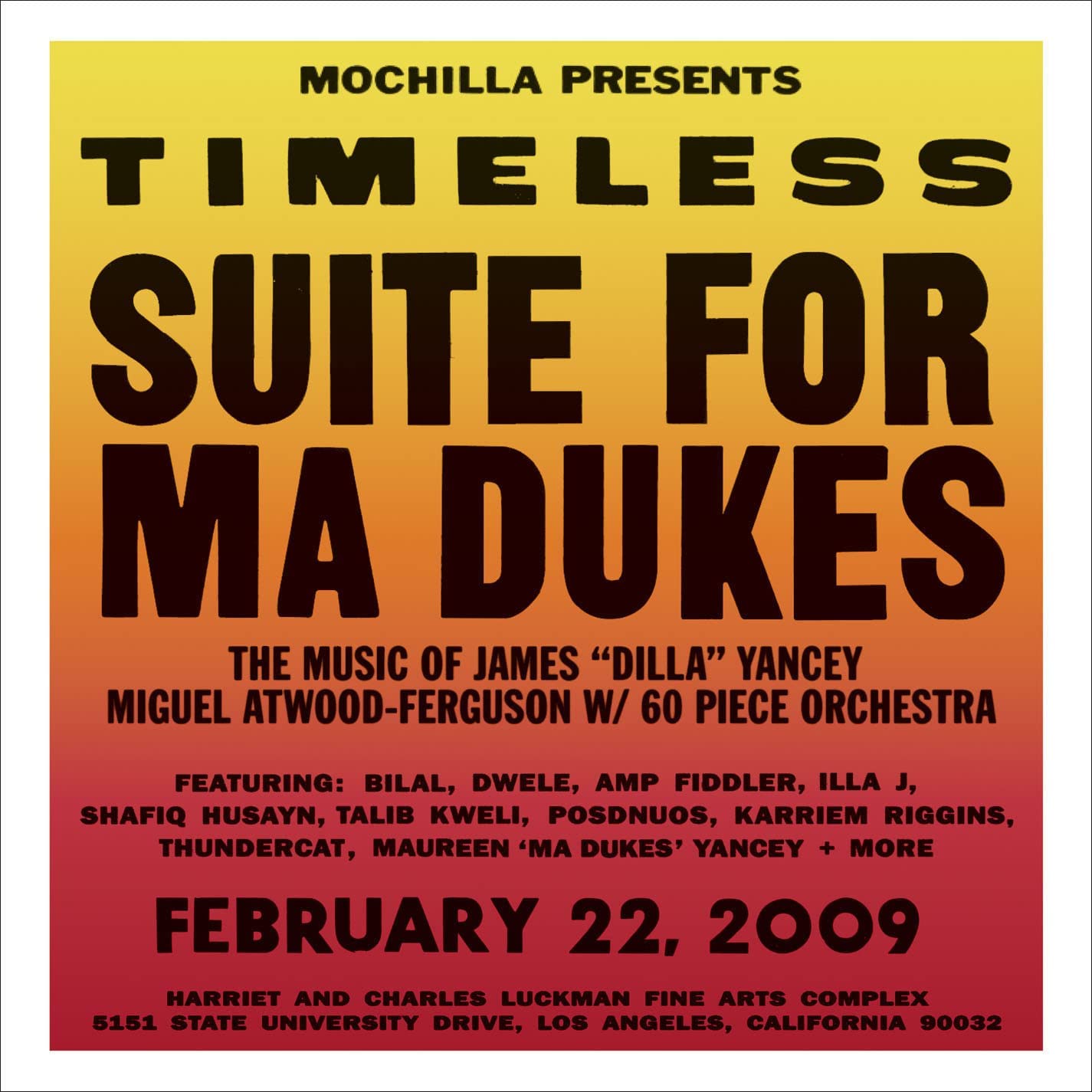 In 2009, Brian Cross (aka B+) organised a series of live events at the Luckman Fine Arts Complex in Los Angles. The Timeless series captured the lasting impact of several artists on the world of Hip Hop and beyond. Live fully orchestrated performances by Ethiopia’s Mulatu Astatke and Brazil’s Arthur Verocai bookended the incredible Suite For Ma Dukes, a tribute to James “Dilla” Yancey, by Miguel Atwood-Ferguson. On Mochilla Presents Timeless: Suite for Ma Dukes Miguel Atwood-Ferguson pays tribute to Dilla by interpreting his music for a 60-piece orchestra featuring special guests Bilal, Dwele, Posdnuos, Talib Kweli, Karriem Riggins and more. This premiere performance left many in the sold out crowd in tears. In attendance that night was Common, who commented “To hear J Dilla’s music expressed in that form just let me know once again how great he is. It moved me for real” with famed BBC personality Giles Petersen saying “That’s just about the most powerful thing I’ve heard. Brilliant.