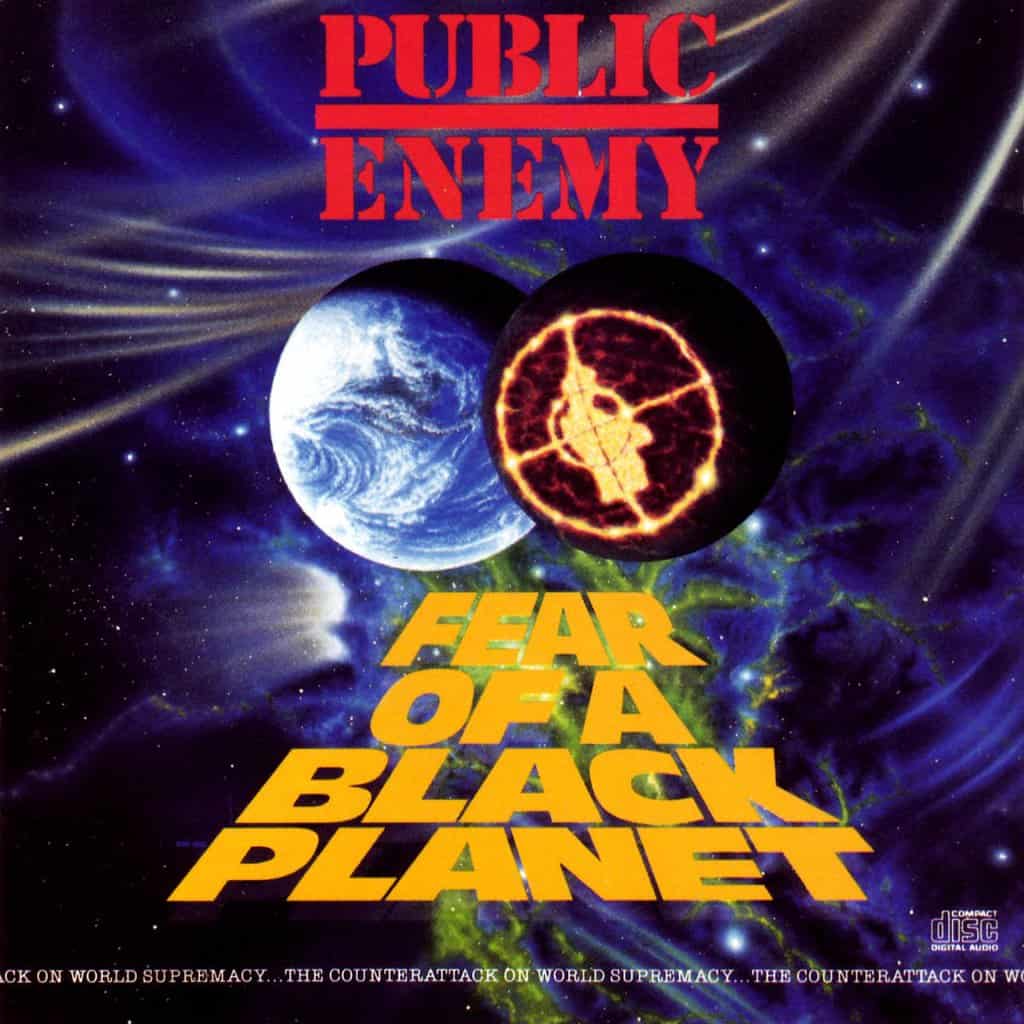 Fear Of A Black Planet
by Public Enemy

Fight the Power. 911 is a Joke. Welcome to the Terrordome. Just some of the classics that feature on this album from 1990.
Public Enemy frontman Chuck D described “Fear of a Black Planet” a “deep, complex album”.
The writing was fuelled by the dismissal of Professor Griff, Minister of Information for the group, after he made anti-semitic and homophobic remarks during an interview with The Washington Times.
It left Public Enemy embroiled in controversy with accusation of racism, homophobia and misogyny.
Either way, it was culturally significant for Hip Hop – it’s one of the greatest Hip Hop records of all time.