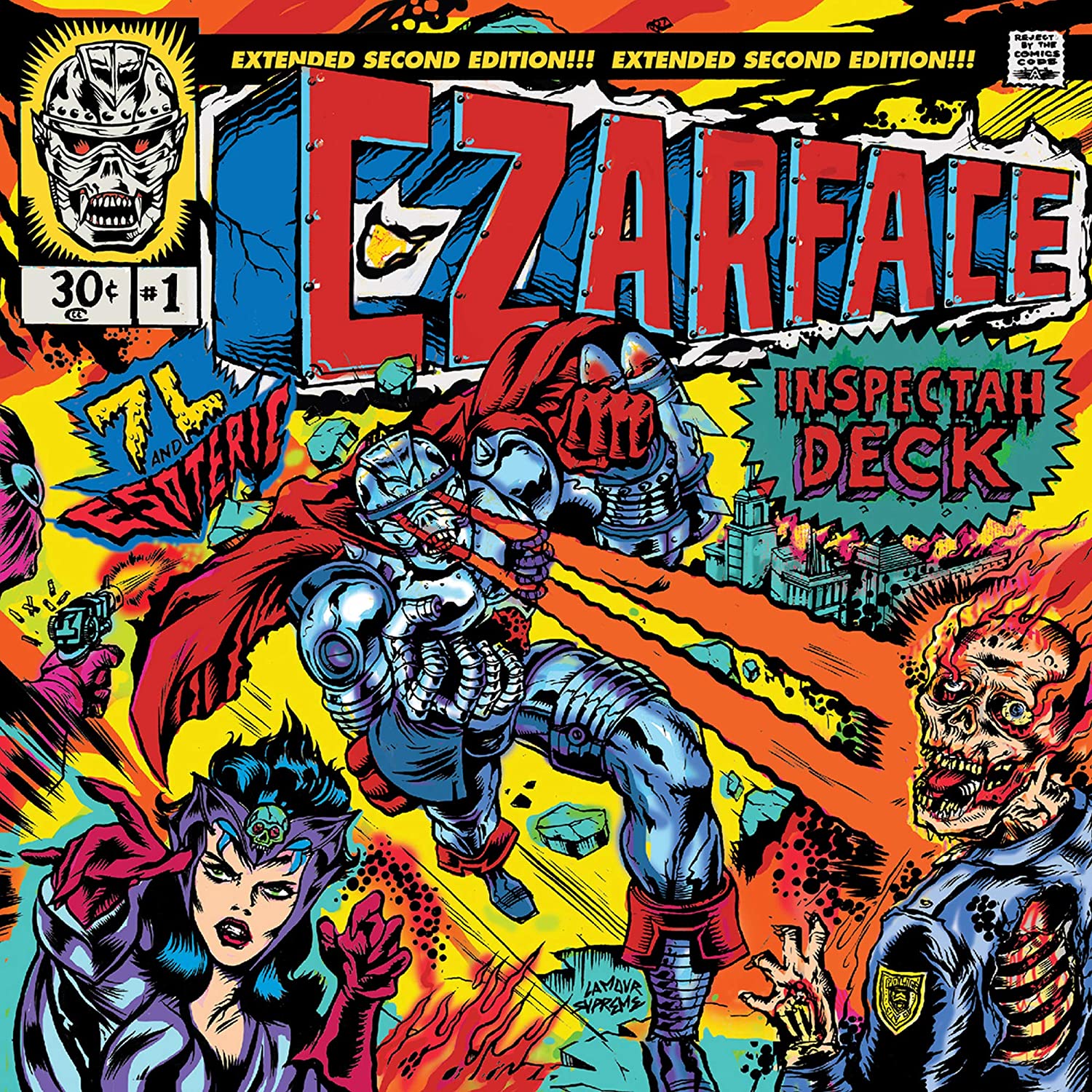 In music, timing is everything. When soon-to-be-renowned Boston hip-hop duo 7L and Esoteric collaborated with the Wu-Tang Clan’s Inspectah Deck on the title track to 7LES’s debut EP Speaking Real Words in 1999, the timing was perfect. The upstart duo was building a serious buzz on the East Coast and beyond, while Deck was still winning praise for his gold-selling solo disc Uncontrolled Substance. As flashy pop-oriented rap was pumped on commercial radio stations, their natural chemistry and simpatico skills shone as a beacon to real hip-hop fans, a base of listeners who were soon asking about their next musical summit.

14 years later, the hunger for sharp lyrics and head-snapping beats hasn’t dissipated. In the face of the ever-worsening status quo of watered-down and vapid radio rap songs, the call for something real has only gotten stronger, and once again the time is right for a call to action – for someone or something to come in and send wack rappers running for the hills in fear.